2015 was a year of recognition for many of my hard work. Earlier this year, at the annual ICSC (International Council of Shopping Centers) convention, I received 2 awards. The Silver MAXI award for Marketing Excellence and the U.S. Community Support Award for the West Region! Both awards were for the health and wellness program that I’ve developed at SouthBay Pavilion to help fight obesity in the community. The program, MALL-MENTUM includes four (4) free weekly fitness events, a bi-annual health fair, and other occasional fitness demos. Zumba Fitness, KOGA Fitness, Line Dancing, and Zumba for Kids are offered weekly at the shopping center with over 200 participants every week.

The MALL-MENTUM program stemmed from a prom dress drive in 2011 that was unsuccessful due to the fact that many of our teens are obese and the 80+ dresses that were collected for low-income Juniors and Seniors did not fit most of the candidates. The U.S. Community Awards was a competition among other major malls in the West Region and I’m so proud to have been chosen as the recipient.

In December, I received two awards one from the Black Chamber of the City of Carson, for Marketing Excellence and the other from MAXX Promos as one of the TOP Filipinos in Los Angeles in the field of Marketing.

I’m extremely humbled and honored to have been recognized by many organizations that I’ve assisted in one way or another. As an ‘Award-Winning’ Professional, I am committed to upholding the standards to which I have grown accustomed to with my career, my craft, customer service, and in developing my relationships with organizations I work with.

Receiving recognition and winning awards mean that I have an obligation to continue mentoring the younger generation through my career and showing them the essence of tenacity, determination, and work ethic. Everything we do has a cause and effect, whether its something small or great, our actions contribute and affect the society one way or another. We have to hold ourselves responsible for the quality of our lives and the lives of our future children. We have to lead by example and know that we are being watched by more people than want to. Social media has greatly extended our capabilities of reaching the masses and we have to be mindful of the content we release into the world. Receiving awards is not just for show, it is a symbol of respect and acceptance of a greater responsibility that is my legacy and could potentially change the world.

I wish to bring happiness, laughter, motivation, and inspiration to as many people as possible. As an immigrant (now U.S. Citizen), I dedicate my awards and achievements to other immigrants that speak more than one language, who had to struggle (or are currently struggling) to fit in and compete with millions of other people who have more advantages and resources. I never would have imagined to be where I am today. I still have a lot of work to do but I am happy to know that I’ve come so far. 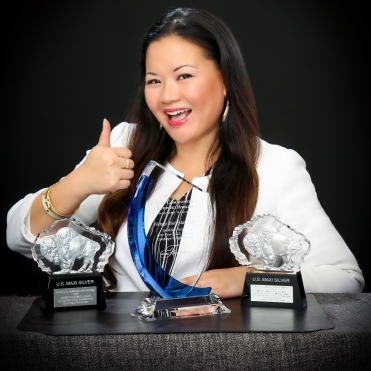 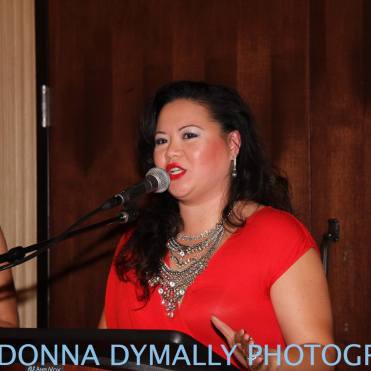 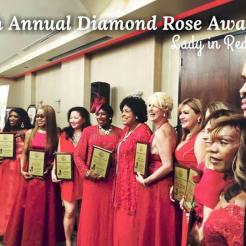 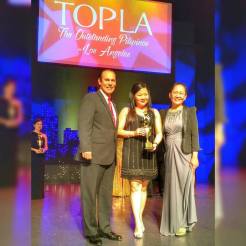 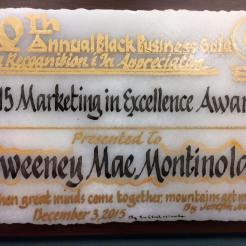 2 thoughts on “AWARD-WINNING… what it means to me.”